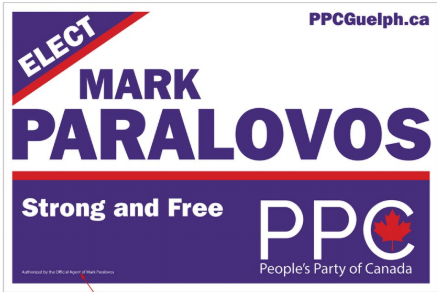 Please fill out the information highlighted in yellow below.

Your answers to the below questions will be posted on the Chamber’s website until election day. Please type your answers in the word document and send it back to the chamber as soon as possible.

Please limit your response to 300 words or less for each question.

I worked for 15 years in children’s mental health. I know the struggles of maintaining funding, and the difficulties that arise when breaks in that funding happen.

The Federal Government’s job is not to deliver healthcare, however.  That is a Provincial jurisdiction. It is the Federal Government’s job to make sure that the provinces have the ability to serve the vital services they are required to deliver. That means giving the Provinces the correct numbers to work with in regard to population growth so they can adequately fund the needs of their jurisdiction.

Despite the fact that the Provincial responsibility for these services is well defined we currently have a Prime Minister running against Provincial governments and promising more spending on files they do not oversee. This does nothing to help people who need direct service. In fact, it exacerbates the precarious funding situation I mentioned at the beginning. Instead of having stable, predictable funding working to deliver predictable services within a functioning system, the funding comes at unexpected times and is used as a patchwork to deliver emergency services in a broken system.  Look at the $1.48 million Guelph got over 5 years for homelessness and compare it to the $12 million Guelph got for parks. This article illustrates how this money is poorly spent and does not solve the root of the problem. It funds people to help look for housing in a market where housing vacancy rates are less than 2%. There is very little success to be found in those situations. https://www.guelphmercury.com/news-story/9304012-feds-announce-1-48m-to-address-homelessness-in-guelph-wellington/

A People’s Party government will prioritize giving the tax paying citizen the ability to hold their government accountable. We will give the provinces the GST, which is $40 billion for healthcare – equivalent to the current health transfer payments –  and the power to tax. This will keep them accountable and stop the campaigning across different levels of government. This will force the government to deliver solutions that taxpayers demand. This respects our constitution and ensures that Canadians’ will is respected at all levels of government.

Education is a provincial jurisdiction. However, I think that what we are currently seeing on campus is terribly concerning.  It will be difficult for someone who needs a ‘safe space’ on campus to transition successfully into the highly competitive work world.  It will be difficult for employers to hire this cohort if you also have to hire a mental health professional to follow them around.

How can the Federal Government speak to these concerns? How can we ensure that our children, who are our most valuable resource, are coming out of higher education ready to take on the responsibilities that they need to take on?

The answer, I believe, lies in protecting freedom of speech. I have been given a front row seat to the “call out” or “cancel” culture at our university during this election. I have experienced first hand people attempting to shut down events, or twitter accounts or just directly argue that free speech doesn’t apply to me or my party because what we say is violent. Which is not true, unless you subscribe to the victimhood culture that is permeating higher education at the moment.

We owe it to our kids to help them understand that free speech is the cornerstone of democracy. Without free speech, without being able to freely identify a problem we have no chance of solving the problem.  Similarly if you have never had to solve a problem because you can retreat into your safe space, is your university really preparing you for the reality of the rest of the world?

A People’s Party government will restrict the definition of hate speech in the Criminal Code to expression which explicitly advocates the use of force against identifiable groups. We will repeal existing legislation curtailing free speech and we will withhold federal funding from any post-secondary institution shown to be violating the freedom of expression of its students or faculty.

The only way to solve a problem is to identify it and face it head on. University used to be a place where kids learned how to discuss difficult ideas. Now they are shutting down anyone they disagree with. In order to keep our kids resilient and strong, this needs to stop. Strong and resilient kids turn into strong and resilient adults.  Who would you rather hire?

Canada’s boutique tax system is nothing but confusing. There are so many niche credits and special interests that accountants have been crying out for reform for decades.  In 1917 the tax code was 6 pages long. In 2017 it’s 1412. https://www.theglobeandmail.com/business/rob-magazine/article-when-even-the-pros-dont-understand-canadas-income-tax-system-you/

It makes no sense to me when a multi-billion dollar multi-national company gets millions of Canadian taxpayers dollars.  Loblaws bought fridges to the tune of $12 million. Toyota and Bombardier got government contracts and I’m not exactly sure what Canadians got out of those spent tax dollars. Same with the money spent on GM.  The plant shut down anyway. I don’t want to see tax dollars going unfairly to billion dollar multi-nationals, or any business for that matter. The Federal Government shouldn’t be in the business of PICKING winners and losers, it should be setting the right policies so that ALL business can be successful.

A People’s Party government will prioritize the elimination of corporate subsidies.  We will gradually reduce over 4 years the corporate income tax from 15% (2019) to 10%, saving all Canadian businesses $9.5 billion to reinvest in their business and Canada’s economy.  We will take the inclusion rate for capital gains from 50% to 0%, stimulating investment in Canadian business and thus, stimulating growth directly.

I watched the negotiations between Canada, Mexico and the United States with great interest. Not only because Trump was clear about what he wanted for the negotiations to go well, but because of the fact that Justin Trudeau ignored him.  Canada had an opportunity to close the deal with the United States first, before the summer of 2018. We did not, and instead it was dragged out all summer long with a hurried deal at the last minute that did not satisfy our aluminium and steel industries.  Mexico had a finalized deal before Canada did and not because they started negotiating first.

That just one example of Trudeau’s disastrous foreign policy chops. I don’t need to bring up his India trip and subsequent increase in chickpea duties.  Similarly dismal is trade between Canada and China in the last few years, with even higher losses in soy and meat.

A People’s Party government will prioritize relations with our main trading and defense partner, and work with the Trump administration, or whoever occupies the White House, to reinforce our friendship and cooperation.  We will ensure trade deals that put Canada first and liberalize trade with as many countries as possible.

On an inter-provincial note, it is easier to move your certification from another country than it is to move it from one province to another in Canada. This is inappropriate. You are not allowed to buy beer in Quebec and carry it back to Ontario.  That is against the law. These laws we have in place stifle trade and limit the ability for Canadian’s to move around our great country with their world class skills.

A People’s Party government will appoint a Minister of Internal Trade whose sole responsibility will be to conduct studies, raise public awareness, counteract the influence of special interests that benefit from inter-provincial barriers, and put pressure on provincial governments to get rid of them.